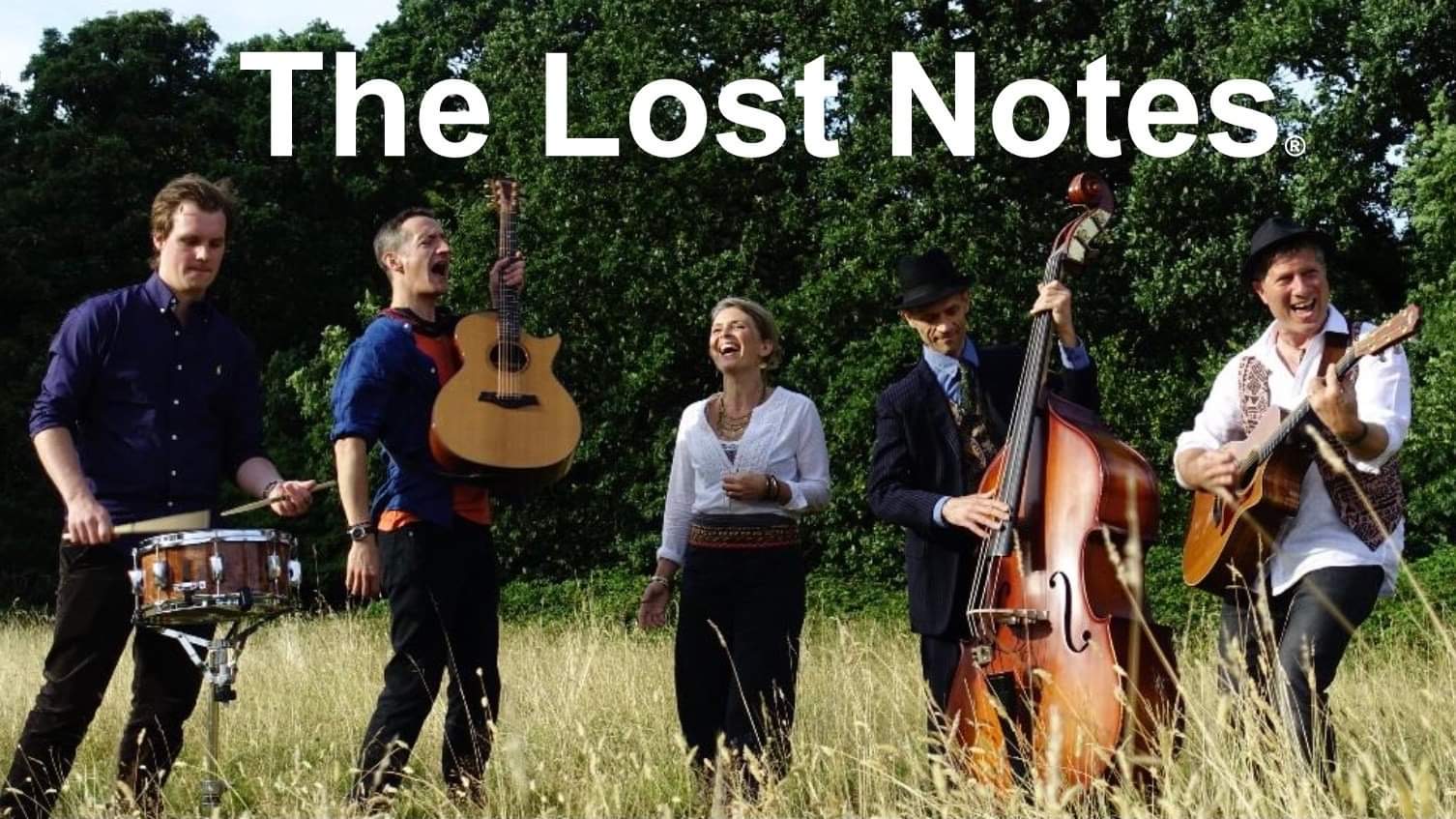 As heard on BBC Introducing, The Lost Notes are an original5-piece Acoustic Roots band from Moseley, Birmingham whowrite songs about things that matter. Like the perils of one night stands and plastic surgery, the plight of bankers, greaseballs, snakes, Greco-Roman health and safety failings, mules, mermaids and the downright miserable. Formed in 2014 they have been “taking the folk world by storm!” (Folk For Folk’s Sake Radio) with their energetic and entertaining live shows.

Their music “fits in amongst peers like… Fleet Foxes, …Fairport Convention… and Crosby Stills Nash and Young” (Rocking Magpie). All delivered in glorious 3-part harmony.

“One of Birmingham’s finest emerging bands, this Moseley based quintet fuse bluegrass, folk, jazz, blues and pop to produce a sound as compelling as it is entertaining” (Birmingham Mail, Glee Club gig review).